Users already have dozens of apps on their phones. As a business, what can you show them that works great, is impressive, and seamlessly integrates with their mobile, regardless of Android or iOS platform?

A great solution at your disposal is React Native. This article helps you understand why it is better than its alternative open-source frameworks.

Have you ever noticed how mobile apps have become a regular part of our daily interactions? From communicating via chat apps to making friends and socializing on different social media platforms — everything happens through these applications. Feeling hungry, but can’t cook? We’ve got an app! Want to read newspapers online, there’s an app! Looking to add to your skill sets? There’s an app! Running late and having to rush to a meeting but there’s no vehicle? There’s again an app!

Becoming a regular thing in our everyday life, mobile apps are categorized according to their usage. The more the apps seem interactive and user-friendly, the more effort goes into the back of it to make the app seamless and hassle-free.

Besides, key operators have to accomplish tasks on the move in many industries. For example, property business agents have to travel between showing properties while finalizing deals with clients and partners on messaging apps. As such businesses grow, the need for advanced real estate software like a mobile CRM also grows. Questions like: Is the CRM built with React Native suitable for my business model? How expensive is it? What are the other alternatives available? etc., are quite obvious.

We suggest you take it this way, a mobile app with functionality centered exactly around the problems you are seeking to solve helps your business in scaling new heights. This is why growth-focused industry players prefer creating a CRM mobile application with React Native.

Launched by Meta (formerly known as Facebook), React Native is an open-source UI software framework that is the best tool to develop mobile applications using JavaScript. You can develop mobile apps that function smoothly on Android as well as iOS. Businesses that build a mobile app using React Native enjoy reduced time-to-market without compromising on UI, stability, and performance.

Companies around the world have the privilege of choosing from hundreds of frameworks, libraries, and for the process of mobile application development. Despite such plenty of options, React Native has gradually emerged as one of the most preferred choices of developers. What are the probable reasons behind its popularity?

Here’s why React Native framework is better than its alternatives:

When you build a mobile app using React Native, you inherently build an app that works with both the Android and iOS platforms—it comes down to native Swift code and Java as the code of the app is compiled. It enables the developers to connect the web UI components with their native counterparts. So, there is no need to develop two different apps for each of the platforms. Additionally, the layout doesn’t need any kind of synchronization with the features, thus leading to a significant reduction in developmental costs.

There’s a lot of difference between an app built for iOS and Android generally. But these differences can be dealt with easily when you create React Native apps for android and iOS as the framework offers cross-platform compatibility. This is possible because of a shared codebase that enables the developer to spend less time on the development of apps. Rather, the same app can work efficiently on both platforms.

To check the viability of the platform, Meta created its mobile app before developing and launching React Native. It helped the developers in building a stunning mobile app for the social media platform. When everyone uses Meta mobile apps today, it certainly feels like a native mobile app. Likewise, many other platforms are using React Native to develop their mobile apps as it comes out as an open-source framework.

To use React Native for a web app or mobile app, you need not learn a different language or coding syntaxes. It is easy to learn, provided the developer is well-versed with the nitty-gritties of JavaScript or React. They simply need to understand which web components correspond to the mobile components. The developer can then start working on the mobile app development via React Native once this is done.

Experts from Meta are constantly working on React Native cross-platform mobile app development to fix bugs and improvise the framework. With the ongoing advancements, you’ll probably be able to solve a majority of your problems using React Native in a few months.

Take the case in point when you already have a web application built using ReactJS. It is interesting to note that the components of the frontend developed via ReactJS can be shared among the web and mobile interfaces. As a result, the development process becomes faster.

When you make an Android App with React Native, you can present the same app for the iOS platform since it is cross-platform compatible. This platform-independent feature helps you in targeting a larger audience. In other words, a single React Native mobile app can work independently on both iOS and Android platforms.

In the end, stakeholders want their mobile CRM to be a tool that makes business functioning easier for them and the clients alike. Letting this thought guide your choice of technology, you’ll gradually realize that React Native is the best option by all means. Creating a CRM mobile app with React Native helps in gaining all the benefits of phone-based business tools without burning a hole in the pocket.

Got questions? Our team of experts at Damco has delivered quality projects for Fortune 500 companies across different industries and verticals. Get in touch today and schedule a quick consultation with our experts today. 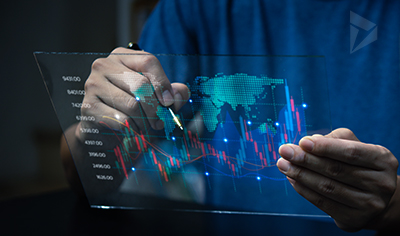 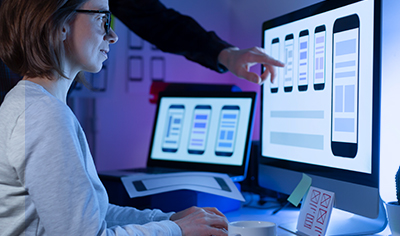 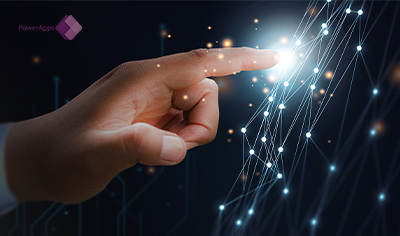 Get in Touch With Experts