How Blockchain App Development is Paving the Way for the Future

Distributed Ledger, popularly known as Blockchain, is the technology behind making the history of any digital asset immutable, i.e., the origin and journey of the digital asset are rendered transparent and accessible, through decentralization and cryptographic hashing.

Not long ago, Blockchain was considered just hype with no real-world use-case in sight. But, the technology penetrated faster and at a much larger scale. The famous use case of Blockchain, the Bitcoin, brought the much-deserved spotlight to the technology and the rest has been history.

It took a decade, but now Blockchain has been unequivocally recognized as the pragmatic solution to some very pressing challenges across industries. Overall investment in the technology is increasing and many incumbents have either acquired a Blockchain development agency or have recruited an in-house team of seasoned blockchain application developers.

A whopping 53% of global survey respondents stated that Blockchain is a critical priority for their organization in 2019 and 23% have already initiated Blockchain deployment. Almost every industry has found a compelling use case of Blockchain— from financial services to healthcare to telecom and life sciences. The question now is ‘how do we adopt Blockchain’ instead of ‘why should we adopt Blockchain’.

The most conspicuous advantage of Blockchain application development is a security enhancement. Business databases, especially of Financial Services and Insurance industries, are prone to attack by hackers and fraudsters. In a Blockchain network, all the transactions are viewed by the authorized members before being entered in a decentralized ledger. Since the information is stored in a chain of computer systems, instead of a single server, it becomes impossible to alter the data from a single point. 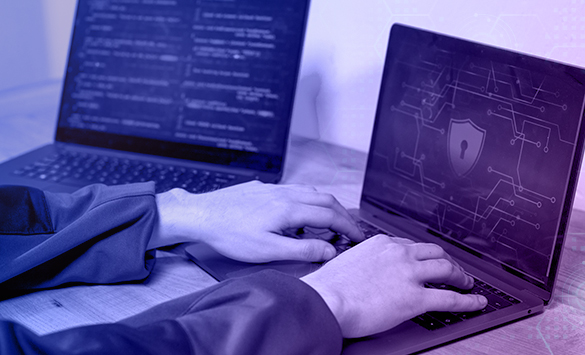 Since Blockchain is a distributed-decentralized ledger where the network participants have access to the same data across all their nodes, the data can be updated or set out for further distribution only after a consensus is achieved. On the same track, to change a single record, it would require altering all the subsequent records. It is the feature of immutable history that hails Blockchain development as the next-big-thing for traditionally opaque organizations such as Financial Services and Insurance.

As per a study, by 2022, Blockchain can potentially reduce infrastructure cost in the Financial Services industry— saving somewhere between USD 15 bn to USD 20bn in a year! Such phenomenal cost-optimization would be made possible due to reduction in the manual work — pooling, editing, and sharing data. The employees would save time on time-consuming redundant processes and can focus on things that matter. Moreover, compliance reporting and audit would become quite hasslefree. 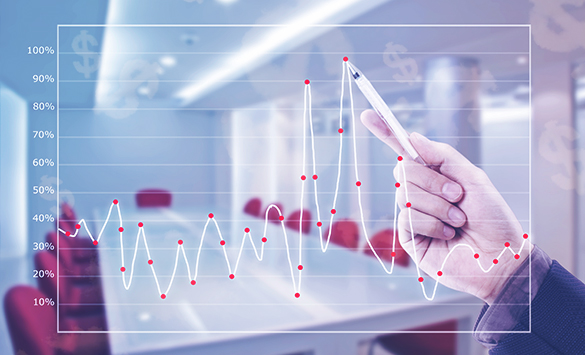 Blockchain circumvents the need for an intermediary in the payment process that traditionally has had a convoluted journey. Blockchain mobile app development can enable faster transactions in cross-border peer-to-peer (P2P) remittances. Seamless payments can increase the efficiency of transactions in regions that lack effective financial services. Similarly, property management workflows, contracts in the Finance and Insurance sector can be rendered more efficient through a central system of recording ownership.

Five major sectors that have begun observing the first wave of disruption due to Blockchain development services are:

Finance and Banking services have taken a lead in Blockchain app development. In fact, FinTech startups were the first to adopt Blockchain technology when the rest sectors considered it merely a frill and not potent enough to have practical use cases. FinTech not only imbibed it but also registered return on investment through adoption of Blockchain application development services.

Blockchain fintech app development provides a secure system to register immutable records of the millions of transactions that take place within a Financial Services organization. The decentralized and distributed ledger system alleviates the risk of frauds that have been ailing the Finance pipeline. It is also purported that transactions would be cheaper up on the wider adoption of the technology.

In the Insurance industry, underwriting and claims processing are the most labor and time-intensive processes. Hence, it is only logical that the early adopters look for Blockchain use cases in these areas of operation. Insurers can partner with a Blockchain application development company to deploy tools that provide them visibility in existing and past insurance policies or claims associated with property/insured in the question.

Data Management is not an industry per se, but an underlying function in all industries. In every workflow, it is critical that the data is accessible to only authorized users. Blockchain application development can serve as permission-based platforms and help stakeholders in detecting data tampering. Even if an attacker manages to gain access to a Blockchain network and the associated data, he/she won’t be able to retrieve the information. It is because the data blocks are fully encrypted guaranteeing secure flow for the intended users.

Recently the focus area of Blockchain app development has shifted to facilitating secure communication protocols on the Blockchain network. Such protocols are theoretically immune to man-in-the-middle attacks where the attacker intercepts the network, still can’t forge the interlocutor’s identity or ingest any data under transit. 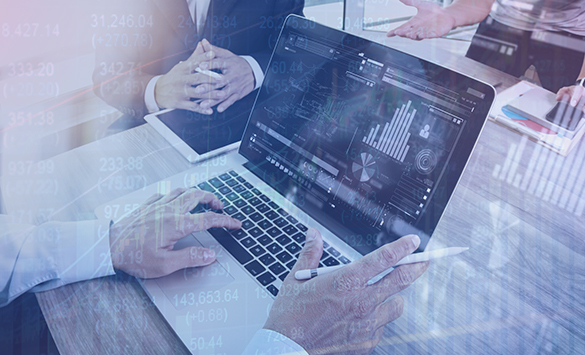 Real estate is one traditional sector that would soon be witnessing disruption, thanks to Smart Contracts or Cryptocontracts. In a simple definition, Smart Contract is a computer program facilitating the direct transfer of digital currencies/assets between two parties. Such contracts can allow assets like real estate to be tokenized and traded just like bitcoin or ether and transactions can be done online.

Blockchain apps can facilitate functions such as listing, payment, and legal documentation as well. Conventionally, real estate transactions involve intermediaries that claim commission along with a fee. Blockchain can expedite the complete process as transactions exclusively occur between the seller and the buyer. Moreover, by allowing fractional ownership, Blockchain lowers the barrier to real estate investing, as the asset can be traded just like stocks.

Blockchain use-case in streamlining the Product Supply Chain needs a special mention as the COVID-19 crisis has put enormous stress on this business function. Supply of critical medical equipment and pharmaceuticals has been acutely affected due to this health-crisis led disruption. International multi-party contracts worth millions of dollars, that take anywhere months to years to negotiate, are getting signed in a matter of hours. But, the main limitation has been the lack of trust between the trio—demand, supply and the financial instrument.

Blockchain applications can serve as a trading and financing instrument to ensure distributed ledger-backed payments to factories that are released as and when pre-agreed production milestones are achieved and as products traverse the supply-chain.

Though the basic function of verifying and transferring financial information is applicable to almost all industries, at the current development level, certain industries seem more suited to Blockchain mediated solutions — with Financial Services, Government, and Healthcare leading the band. As we have been witnessing recently in the COVID-19 crisis, issues in global payments and trade finance can be addressed by Blockchain-based solutions. This would require cohesive investment in Blockchain application development and testing for various use-cases.